Listeners are not the customers of most radio stations; they are the product being sold and are the audience of the radio station. Advertisers sell their products to listening audiences, similar to TV audiences and social media users. Advertising is the method by which radio stations make money. In addition to sponsored content and events (which are also advertisements), we charge callers for additional income.

Radio stations generate most of their revenue through on-air advertising. Companies can buy airtime from stations to promote their products and services to an audience. Various factors can affect the value and price of advertising spots, including their positioning, their length, when they air, and the show during which they air.

In most cases, the highest prices are associated with spots that air during commercial breaks or right before a show returns. It would also be more expensive for stations to air advertising spots during popular shows or peak listening times (e.g. rush hour).

It is also possible for stations to make a little extra money by posting a lot on social media. Advertisements can be placed before YouTube videos, allowing stations to make money from their content

Having radio presenters endorse and promote products/services on-air is another way for radio stations to make money. Having your favorite radio presenters advertise your products is an excellent way for companies to advertise their products because listeners trust and love them, which enhances their appeal.

To ensure that listeners understand the commercial nature of this content, a clear statement must be made. Radio stations can also share branded content by publishing articles on their websites and sharing them on social networks.

Stations often mention the brand’s name and positioning in sponsored content, which helps build brand awareness. In addition, over time, a positive association with the brand can begin to develop in the listener’s mind. The audience also perceives sponsored content as a helpful piece of information rather than an advertisement since it reaches them in a less direct way.

Callers are charged an additional fee by radio stations to generate extra income. You can be featured on-air or enter a competition by calling or texting stations. As a result, the station makes a profit by charging a fee for each incoming call. A station’s listeners must be informed that a charge will be applied to each call.

Organizing events or supporting an advertising partner’s event is another way for radio stations to earn money. By selling merchandising and tickets, these sponsored events help to attract new listeners and earn additional revenue.

News stories are sometimes sold to other radio stations across the country by radio stations focused on news. Buying news stories this way allows stations to broadcast news without having to manage reporters and anchors.

The methods above may be chosen by a radio station in some or all cases. The type of programming you choose is determined by the positioning, the focus, and the audience of your station.

Get a free consultation to find out how your station can benefit from this approach.

Airtime is sold to companies who wish to advertise their products or services to their audience. There are several factors that determine the price of a spot, including its length, when it runs, and where it airs. Spots aired directly after the show goes to commercials and just before it returns to command the highest prices, according to the positioning of each advertisement.

It is not uncommon for on-air personalities to read advertisements in an effort to entice viewers to pay attention. There is a higher cost associated with these spots than with traditional commercials.

Streaming services such as Spotify and Pandora have made traditional ad sales difficult for radio stations. Therefore, radio station managers have utilized other revenue generation strategies, such as selling graphic ads on the radio station’s website or participating in affiliate programs and advertising networks.

In addition to social media distribution, radio stations receiving streaming services may participate in revenue generation programs that allow ads to be played before or during streamed programming on the service.

It is common for radio stations to hold special events, sometimes independently and sometimes in collaboration with advertising partners. Through ticket sales and merchandise, these sponsored events bring in extra revenue for the station as well as attract new listeners.

In many talk radio stations, on-air personalities will host annual cruises or gala dinners during which they interact with their listeners, give speeches, and generally give insight into their worlds. It is possible for the station to earn substantial proceeds from ticket sales, depending on the venue and the guests.

On-air personalities are always in demand by radio stations, for a variety of reasons, including ratings, advertising dollars, and the possibility of syndication. The right to air one of a radio station’s shows can be sold for a lot of money to another station.

It is not uncommon for other radio stations to bid against one another for the privilege of airing well-known, popular shows. It is likely that the host and her contracted station will make more money the bigger the show and the more markets it reaches.

Selling Newscasts to other Radio Stations

Several radio stations across the country sell hourly feeds and wire products to other stations that focus on news. In this way, every station will not have to manage its own staff of reporters and anchors to produce hourly news broadcasts.

Using ISDN, the station can be accessed anywhere in the country. There is the option for each station to purchase the feed and run the news during the appropriate time slots as their own. Numerous stations offer these news services, which generate a great deal of revenue.

How does local radio make money?

Commercial radio stations (attempt to) make money by advertising (such as ‘spot ads’ or commercial sponsorships of particular shows or strands). There is a simple equation behind their success: the more listeners they attract, the more advertisers they sell and the more money they make as a result.

A lot of money is earned by TV channels from advertising, which is the main source of revenue. There are usually a couple of seconds of advertisements interspersed between the show and then a certain amount is charged to the advertising company in order for the show to continue. There is no doubt that the TV channels with a high TRP are also the ones that have the highest advertising rates.

How Do Radio Stations Make Money

It can be a very exciting and rewarding experience to own a radio station as a new business or hobby. In order to purchase one, however, you will need to conduct thorough research before making a purchase.

It is important to understand that radio stations are no longer the good investments they once were, so you should carefully examine the station’s financial statements, audience statistics, and salaries of employees.

In spite of the fact that traditional AM/FM radio is still around, the audience for this medium is dwindling. As can be seen in the graph below, it shows the average daily media use in the US over the past four years, according to the online statistic site Statista. Throughout the past few years, radio usage has been steadily declining, as shown by the green trend line on the graph.

However, despite the fact that most pirate radio operators are professional, they make little money from their operations. It is not for the purpose of making money, but for the enjoyment of playing music. It is mainly through advertising from local businesses that they make up for what little money they do get

I was quite surprised when I found out that a radio station can make money in many different ways, which made me quite happy. There is a constant need for them to try out new forms of revenue, and this can make it difficult for them to be consistently profitable in the long run. Our goal in writing this blog post is to help you keep current with the industry when it comes to revenue generation, and that you will be able to maintain a profitable station for many years to come with the help of this blog post. Interested in learning more about revenue generation, or thinking about experimenting with some new strategies? Please feel free to contact us at ___ if you wish to learn more. Please feel free to reach out to us if you have any questions or comments!
5/5 - (2 votes) 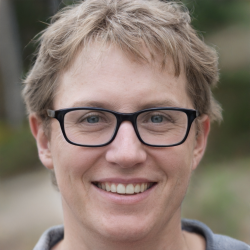